I have been at Camp Rockmont for the past month and the summer has been amazing thus far. I am in the oldest tribe and in a cabin with eight rising 8th and 9th graders. Two summers ago I worked with rising fourth graders and after working with my current age group I enjoy it tons more and I believe my skills are better suited for them. Currently I teach Bible Study and assist in Fly Fishing. My summer goal was to learn how to flyfish and I am slowly achieving this feat. In regards to Bible Study, I was asked to lead this a few days before the boys arrived. I had heard the old adage “God doesn’t call the prepared he prepares the called” many times, but this summer I have seen it come true in my life.

Making the summer even better, I have Salem Camp Meeting to look forward to beginning July 11
Facebook Event Here

Saturday night I went to the opening night of the season at Travelers Rest Speedway with some friends. It was rather chilly for a night in late March but we braved the weather for a great cultural experience. We started off with some boiled peanuts and then bowed for a word of prayer and stood for the national anthem. 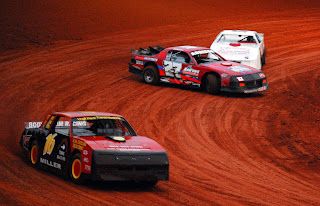 After the initial trial runs the heats were determined and we got to see all the races of the main events. After the “Young Guns” class raced they announced the winner of the Kids Club contest. This little boy got to sit on the window of the winning car while they took a lap around the dirt track. It was too dark at that point to grab a picture, but needless to say DFACS would have gone crazy, however that was a dream come true for that little boy.

Now that Jerod, William, David, Millard, and I know the fastest cars, and some of the drivers after seeing them at Waffle House afterwards, I anticipate a return visit later in the season. If you ever want to come up to see me on a Saturday night we will definitely have something to do. 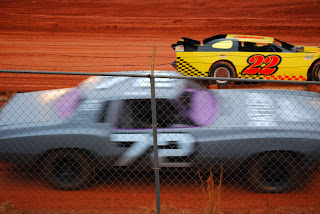