You may have read my post about how excited I was about President Bush coming to campus. Of course, not everyone was excited and now protesters will be lining Furman’s mall and some professors won’t be attending. It has simply provided for the latest controversy on campus. The following is one of the best editorials I have read on the issue. I’ll update how it all goes down after commencement on Saturday.

Professors and protest.
From the blog of Joshua Treviño

When the news came that President George W. Bush will speak at Furman University’s Commencement on May 31st, I was immensely pleased. I am an alumnus of the Class of 1997, and though I’m not as active as some of my peers — as Furman’s alumni giving department might attest — I do retain enduring ties of friendship and affection for my alma mater. Coming from a peripatetic military life, Furman and Greenville were the closest things I’ve ever had to a hometown. In that light, news of the President’s planned visit inspired pride: my University was always a place of excellence, and it is at last getting its due.

A full disclosure is in order: I worked for George W. Bush from 2001 through 2004. This is not as remarkable as it may sound: thousands of others can claim the same. I was a Schedule C political appointee — selected ostensibly by the President, but really by the White House personnel office, to perform tasks in the Executive Branch. For just under four years, I wrote speeches for the Secretary of Health and Human Services, first on domestic issues, and finally on international affairs.

Depending upon your perspective, then, I am either a public servant or a right-wing operative. What I am not is an unalloyed fan of the President. Having served in the Administration and seen the policy process firsthand, I am well aware of its shortcomings, its errors, and its flaws. Having had classmates from the Furman Army ROTC battalion killed and grievously wounded in Iraq and Afghanistan, I am also well aware of the terrible human cost of this Administration’s policies. The injured and the dead were better men than me, and so their loss is an especial blow to our society and country.

All of this is preface: though I believe history will judge this Presidency more kindly than popular opinion does now, I understand and appreciate those who disagree. They are our friends, our family, and yes, our former teachers.

Those who disagree include the members of the Furman University faculty who are dismayed at the President’s imminent visit. They number approximately 220, to judge from the signatures on their cloyingly named “(W)e Object” petition at the University’s website. Furman alumni will note the names and understand most of them — there is always a cadre of professors in any school that cannot resist a good, public display of self-promoting righteousness, especially when there’s media involved.

Other, more surprising names on the petition present themselves as probable cases of departmental peer pressure, which reveal much about academia’s state. The departments that produce few graduates who work in their field per se — English, Philosophy, Religion — are overrepresented. The department that actually deals directly with politics, Political Science, is wholly unrepresented. This is not to say that the Political Science faculty at Furman supports the President. It assuredly does not. It is nonetheless noteworthy that the professors with the strongest grasp of the issues at hand in the President’s visit choose to steer clear of their peers’ politicized emoting.

What we see at Furman University now, in this fracas, is not a case of left versus right, but of the adult versus the juvenile. It is painful to arrive at this conclusion, loving my alma mater as I do, and having had no small part of my own juvenilia corrected there. Yet it is inescapable: the declared rationale of the Furman faculty of “(W)e Object,” set against the facts, reveals a professorial group motivated not so much by politics as by love of self — and tragically unable to distinguish between the two.

Like dramatic heroines in a Victorian penny dreadful, the Furman faculty of “(W)e Object” declare that they must protest the President’s visit because — well, because they have policy disagreements with him. In their minds, these policy disagreements elide into moral differences, and the result is an inability to display the most basic value necessary to the modern university: tolerance.

These professors present themselves as latter-day Cincinnati of Greenville, reluctantly abandoning their plows to serve the greater good. “[W]e accept our civic responsibility to speak out against [the President’s] actions,” intones their petition. The litany of those actions is drearily familiar: Iraq, domestic surveillance, global warming, and — rather incredibly — “reckless over-spending” and “expanding the reach of national government into local affairs.” (Suffice it to say that I recall a silence on those last two during the Clinton years.)

One might assume, then, that the student leadership of the Furman class of 2008, which unanimously approved the invitation to the President, is completely unaware of these things. Or, one might assume that these students are aware, but do not especially care about issues on which 220 of their professors suffer the most grave impetus toward “civic responsibility.” It is now up to the Furman faculty of “(W)e Object” to step in and rectify the moral and factual gaps left by four years under their own tutelage.

Whether this is irony or tragedy is irrelevant: it is damning.

The truth is that Furman’s students are quite aware of their nation, their President, and the critiques of both. They are also aware that they must live in a pluralistic society, simultaneously undergirded by common values and enriched by different ideas. They understand that in our Constitutional order, the American Presidency is an august office regardless of its occupant, and deserves respect as such. Finally, they know that a thought does not demand to be uttered merely because it exists — they know that there is a time and a place for someone else’s protest, and that their day is not it.

Dan Hoover of the Greenville News proposed that the students of Furman are more “conservative” than their faculty. This strikes me as doubtful, but even if true, it does not explain the discrepancy between Furman’s students and their teachers now. There are plenty of leftist, anti-Bush students in the Furman class of 2008. The reality — at once hopeful for our country, and unfortunate for Furman — is that when the President speaks on May 31st, the wisest, and indeed most adult members of the audience will be the young men and women about to leave the University forever.

This piece originally appeared in a severely edited form in the Greenville News here, on 24 May 2008. After photographing all of the candidates for the next president, I will now be photographing a sitting president whom I admire and who has been very influential in my political development.

President George W. Bush to be Speaker at Furman Commencement Exercises May 31

President George W. Bush will serve as commencement speaker when Furman holds its graduation exercises Saturday, May 31 at 7:30 p.m. in Paladin Stadium. As has been the case in recent history, a graduating senior will also speak at the exercises.

The White House announced today that President Bush will speak at three commencement exercises this spring. The other two are at Greensburg High School in Kansas and the U.S. Air Force Academy.

Furman will award approximately 650 degrees at commencement. As has been the case in recent history, a graduating senior will also speak at the exercises.

Furman has never had a sitting president visit the campus in its 182-year history.

The opportunity for President Bush to speak at commencement arose when the South Carolina Governor’s office contacted the university about that possibility. Furman president David E. Shi met with the senior class leadership, and they were unanimous in their endorsement of the university issuing a formal invitation to the President.

Governor Mark Sanford is a 1983 Furman graduate, and he was the university’s commencement speaker in 2001.

“Mark was remembering his alma mater in this instance, and he was instrumental in bringing the President to Furman,” Shi said.

The university will provide details in the coming weeks about the policy for attending Furman’s 2008 commencement. For more information, contact Furman’s News and Media Relations office at 864-294-3107.

Bush in the Furman Dining Hall making his last campaign stop in SC during the 2000 primary: 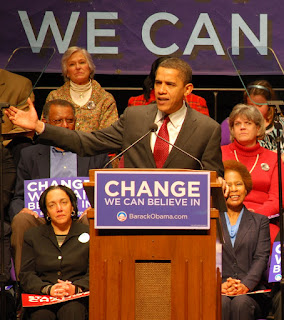 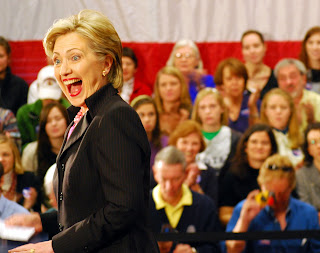 Last Thursday it snowed on Furman’s campus. Being in the South, of course we all dropped everything we were doing and played in it for a while. Click on a photo and it’ll take you to the album with the rest of the photos.